The Battle of the Century

In the Western South Forest there’s a place called Black West. This Kingdom is led by King Isaac, the wedge tailed eagle, known as the greatest wise leader. He led the kingdom for 200 years and he protects the Black West from invaders, that is the reason why he’s known as the greatest wise leader. The Black West is a wealthy and strong kingdom. Four countries have tried to invade the Black West, but they didn’t make it to win the war. When the kingdom was attacked by the Bluelanders in Blueland led by King Tom, the powerful owl the Black West struggled to fight the invaders. They were stronger, smarter and bigger. As time went on half of the population in Black West faded. Even the King was arrested by the Bluelanders, they were brutal with no mercy. They kill whoever they want to kill.

Urgh! The king woke up with a tiny bit of food in his bed and a soldier shouting “Eat your food you king.” The king cries “What have I done?” He ate his food with tears in his eyes. The soldiers taunted him “Stop crying you cry baby wah! wah! wah!” The king was still crying and planning how to escape the prison. After two months of planning, the wise king was confident he could try to escape the prison. The king looked out the window and saw a beautiful mountain full of snow.

The king smiled as one of the soldiers called all the prisoners that today is a special time for the Bluelanders, it’s their king’s birthday so the prisoners can all have lunch in the park. After getting the food ready, the prisoners ran out of the gate to the park too and they ate and ate until they’re full. But the king was wise, he didn’t eat, he just put the food inside his clothes so he can eat the food after he escapes the prison. The prisoners stood up but the king walked slowly near the tree and he climbed. After a minute the prisoners went in. The soldier didn’t notice the king. King Isaac was a success. He went down the tree and ran and ran and he slipped on a big rock, he didn’t notice that his food had fallen to the ground. He can’t stand up, his feet are injured, he crawled near the tree and slept.

King Isaac gasped. He woke in a house made of wood. “Where am I?”

The king was shocked. “Who are you?”

“I’m Larry, the wedge tailed eagle and I’m stuck in the middle of a mountain. I don’t know how to get out of here, so I built a house.”

“Oh you are also an eagle, very cool. So tell me how did you get here?”

“It’s a long story,” Larry cried. “I was one of your kingdom before. Life was quiet and happy until the Bluelanders came. My life changed. Everywhere there was war. My family was killed by someone.”

King Isaac cried “This is my fault! I let my kingdom down.”

Larry whispered, “I can help you bring your kingdom back. I have a plan. There is a kingdom nearby that can help us. The Gloria on North led by Queen Rose, she is a superb lyrebird.”

“What!!! Do you think that our kingdoms can win a war?”

The king sighs, “Ok, when are we going.”

The king smiled slowly, “Finally.” He stood up and went to bed.

The king woke up and said, “What? Are we going now?”

Larry shouted, “The queen is here. I already went there hours ago. I didn’t wake you up because I know you needed some rest”.

The king stood up and got ready. The queen was outside and her army was waiting. The king opened the door and said, “I have a plan.”

The queen replied “We already have a plan, we just need you.”

They all walked and walked until they reached the Black West. After an hour they had arrived at their destination. The Gloria attacked the Bluelanders after many days the war was getting better. Gloria and Black West were winning. Many days have passed since they have won the war. After the victory they celebrated and had fun, the king thanked The Gloria, the one who saved him. Without him the king would be dead now. 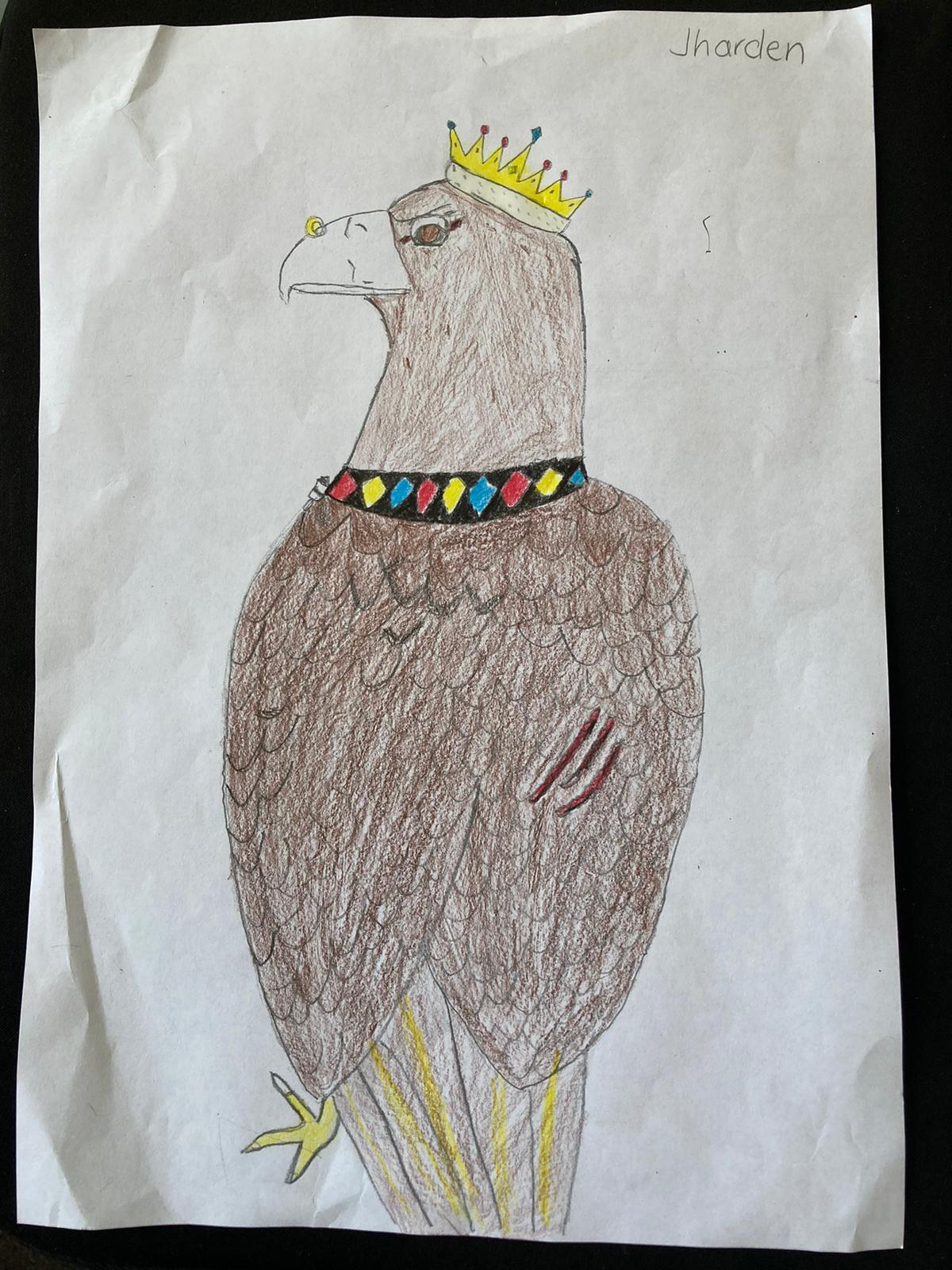