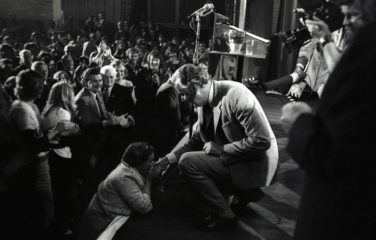 Newcastle Writers Festival is proud to be working with The Lock-Up on a special panel discussion on Saturday, 16 July, to tie in with the exhibition, It’s Timely Too. Panellists will consider how changes under Gough Whitlam’s leadership to public education and health, women’s rights, Indigenous land rights, multiculturalism and an increased focus on regional Australia have had an impact on their personal and professional lives. The free event will be hosted by NWF director Rosemarie Milsom. 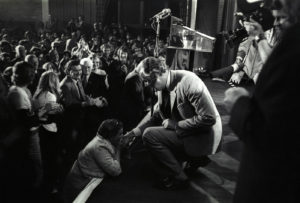 LOOKING FORWARD, LOOKING BACK: DISCUSSIONS ON SOCIAL AND CULTURAL CHANGE IN THE ERA OF WHITLAM AND BEYOND

4.30PM – 6.30PM SATURDAY 16 JULY 2016
In 1972 and 1974 Edward Gough Whitlam first as first as opposition leader in 1972 and then as Prime Minister in 1974, delivered two of the most iconic speeches in Australian history. The philosophies expressed in those speeches went on to inform a raft of radical policy shifts implemented by the Whitlam government.
Gough Whitlam and his policies continue to polarise opinion, however there is no doubt there is an Australia before and after 1974. This panel discussion in conjunction with the exhibition It’s Timely Too and in partnership with Newcastle Writers Festival, invites the panellists to consider how changes to public education and health, women’s rights, Indigenous land rights, multiculturalism and an increased focus on regional Australia, have impacted on their personal and professional lives and to consider how future policy changes may shift what we consider to be the Australian way of life.
FACILITATOR:
Rosemarie Milsom, Director Newcastle Writers Festival
PANELISTS:
Gary Carsley – curator, artist, writer and cultural commentator
Ray Kelly Snr – Indigenous academic, cultural and linguistics expert, writer and storyteller
John Beach – Principle Newcastle East Primary School
Wendy Guest – journalist, freelance writer and co-editor Not Just For this Life: Gough Whitlam Remembered
The event will also be the official launch of the book Not Just For this Life: Gough Whitlam Remembered edited by Wendy Guest and Gary Gray. Books will be available for purchase and signing after the panel discussion.
It’s Timely Too is a Blacktown Arts Centre touring exhibition in collaboration with The Lock-Up and in partnership with The Whitlam Institute, University of Western Sydney.
FREE EVENT, BOOKINGS ESSENTIAL
IMAGE: Gough Whitlam delivering a speech at the Newcastle Workers Club, 1993. Image courtesy of Fairfax Media.
author: Jenny Blackford
< Previous
Next >