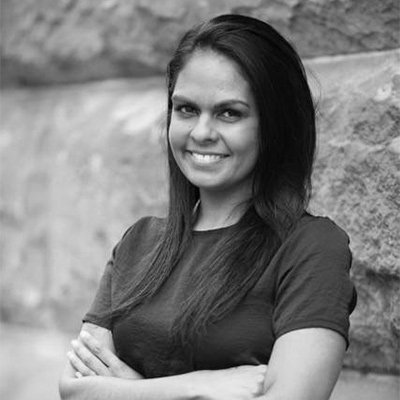 Teela Reid is a proud Wiradjuri and Wailwan woman and lawyer. She has experience practicing in criminal, civil and administrative law. She was born and raised in Gilgandra and comes from a family of advocates in the NSW land rights movement.

Teela completed her postgraduate Juris Doctor from UNSW and was named in the UNSW Law Deans Women of Excellence List. Upon graduation, Teela was appointed tipstaff to her Honour Justice Lucy McCallum in the NSW Supreme Court. Teela was the first Aboriginal person to be elected on the UNSW Law Society as vice-president (Social Justice), where she was the founding director of the UNSW Law First Peoples Moot. She was also the inaugural recipient of the NSW Indigenous Barristers Trust Award.

In 2017, Teela was selected to attend Harvard University as a global emerging leader. On her return to Australia, Teela fearlessly took Prime Minister Malcolm Turnbull to task on Q&A after his dismissal of the Uluru Statement from the Heart.