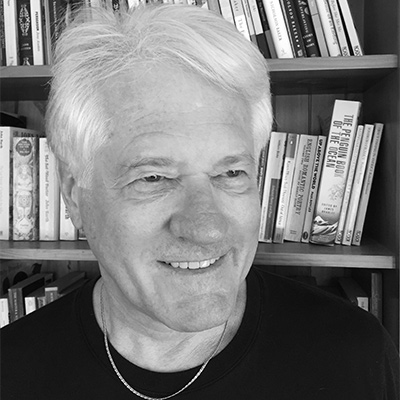 Russell Blackford is a Newcastle philosopher, legal scholar, and literary critic. His most recent book is The Tyranny of Opinion: Conformity and the Future of Liberalism. His main interests are in legal, moral, and political philosophy, and especially the application of philosophical thinking to public policy. Russell is the author, co-author, or co-editor of numerous book, including Freedom of Religion and the Secular State (2012), 50 Great Myths About Atheism (2013; co-authored with Udo Schuklenk), Humanity Enhanced (2014), Science Fiction and the Moral Imagination (2017), and, most recently, The Tyranny of Opinion (2019).

Russell is also the author of numerous short stories, op-ed pieces, book reviews (in a wide range of publications including Australian Book Review), and articles in peer-reviewed journals. He writes a regular op-ed column for the American magazine of secular humanist thought, Free Inquiry, and has made many public appearances in Australia, the US, the United Kingdom, and elsewhere. In 2014, he was inducted as a Laureate of the International Academy of Humanism. In 2017, he was the winner of the AAP (Australasian Association of Philosophy) Media Prize in recognition of his contributions to public philosophy in Australia.