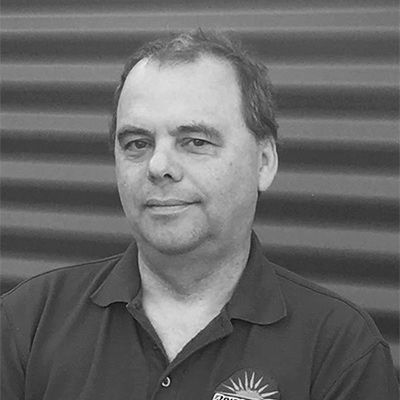 Peter Pudney is an Associate Professor of Industrial and Applied Mathematics at the University of South Australia. His research is in the area of optimal control of renewable energy systems. In his spare time he is the Chair of the Scientific Faculty of the World Solar Challenge. He has helped design, build and race several solar and electric cars, including the Aurora solar car that won the World Solar Challenge in 1999, and a small three-wheeled, two-seater electric car called Trev that was driven 28000 km around the world in 2010-11.