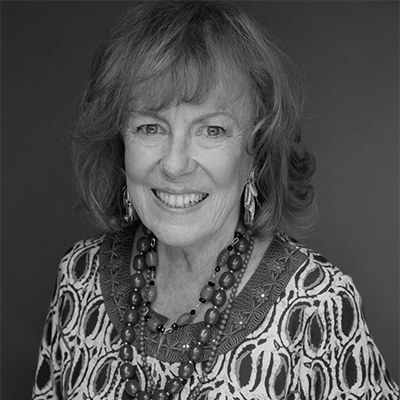 Mary Moody trained as a journalist at the Australian Women’s Weekly in the 1960s. In the 1970s she moved to the Blue Mountains with her young family and became a passionate organic gardener. She wrote and edited countless gardening books and magazines, and was a presenter on the ABC’s top rating Gardening Australia for 10 years. In 2000 Mary spent six months living alone in a medieval village in southwest France. At the end of her sabbatical she bought a house nearby that she still visits every year. She wrote four memoirs about her experiences, including the bestselling Au Revoir and Last Tango in Toulouse. Today she leads horticultural tours in France, Morocco and the Himalayas. After the death of her husband David Hannay in 2014, Mary moved back to the Blue Mountains where she is developing a large garden in an extended family home with her son and his family. She has 11 grandchildren.