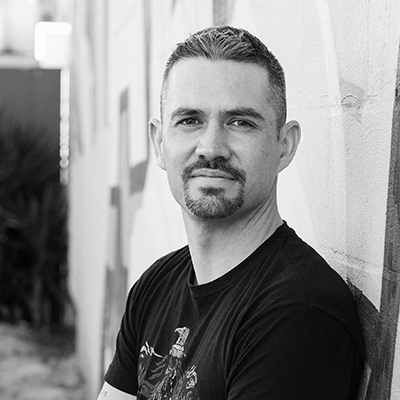 Damien Linnane is a former soldier and prisoner. In 2015, he was sentenced to two years’ imprisonment for a series of crimes, including the firebombing of a home, with the sentencing magistrate finding that his motivation was ‘vigilante justice’. Linnane wrote his debut book Scarred while he was in custody. Since his release from prison, Linnane has started Vigilante Studios and creates photo-realistic portraits by commission. He is completing a master’s degree in information studies and also works as a ghost writer and contributor to the news website 10 daily.