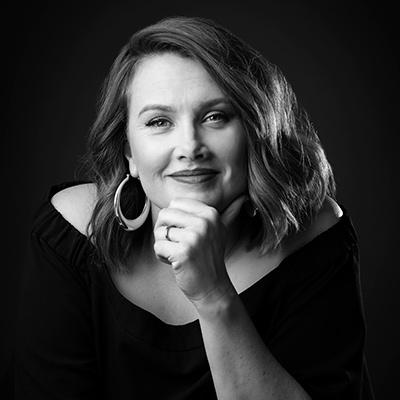 Clare Bowditch is a storyteller who lives in Melbourne with husband Marty, their three teenage children, a white groodle, and one lone surviving free-ranging guinea pig. In terms of ‘the fancy stuff’, Bowditch is a bestselling ARIA Award-winning musician (Best Female Artist), Rolling Stone Woman of the Year (Contribution to Culture), Logie-nominated actor (for her role as ‘Rosanna’ on hit TV show Offspring), and a former ABC broadcaster who still misses her talk-back callers very much, and hopes they’re doing okay out there. In her spare time, Bowditch does a lot of public-speaking and event-running. She uses humour and the collective terror of ‘public-singing’ as tools to teach skills around courage and self-leadership. She is also the founder of Big Hearted Business, a love project designed to support creative people in their businesses, and businesses with their creative thinking. As a musician Clare has performed and toured with the likes of Leonard Cohen, Paul Kelly, Cat Power, John Butler, Snow Patrol and Gotye. The person she enjoys touring with the most is her drummer and husband, Marty Brown. @ClareBowditch

All sessions by Clare Bowditch

Your Own Kind of Girl: Clare Bowditch