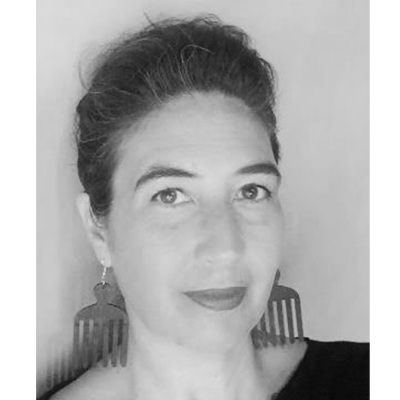 Anne-Marie Te Whiu was born and raised in Brisbane. She is a proud descendent of the Te Rarawa tribe in Northland, Aotearoa, on her father’s side. Since 2005 when Anne-Marie Te Whiu moved from a career in education settings to the arts she has primarily worked as cultural producer and curator, most recently co-directing the Queensland Poetry Festival (QPF) from 2015 to 2017, a period known for its inclusive programming and stronger focus on CALD and First Nation voices. Anne-Marie was the driving force behind the establishment of two ongoing QPF initiatives during her tenure: the Arts QLD Oodgeroo Noonuccal Indigenous Poetry Prize and the Indigenous Poet in Residence program, which saw her work directly with leading First Nation poets such as Joy Harjo, Sam Wagan Watson and Ali Cobby Eckermann, as well as mentoring emerging Indigenous artists. She is co-editor with David Stavanger of Solid Air: Australian and New Zealand Spoken Word.